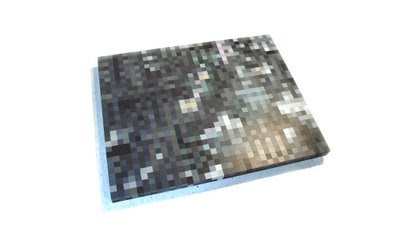 
View of Mccarren Park Williamsburg, the first Sculpture in a while. The re materialization of a google map blow-up. In a sense this gives the bitmap/pixels physical form in the real world.
I walk my dog Colin at least once every day here so it is an intimate realization of actual space. Also, included in the map is artMovingProjects and VertexList the blow-up destroys the specificity of the literal. As a sculpture this piece sits on the floor changing the bitmap field from the vertical plane to a horizontal one. While the earlier paintings dealt with political portraiture this work deals with a personal landscape. 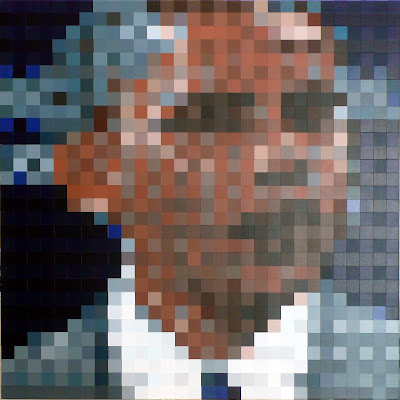 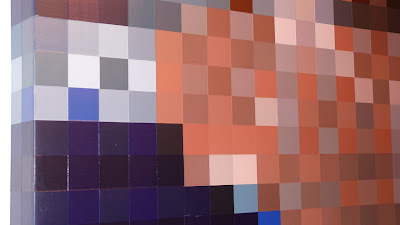 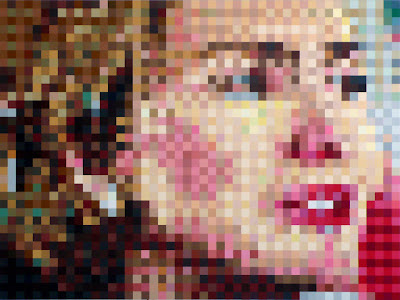 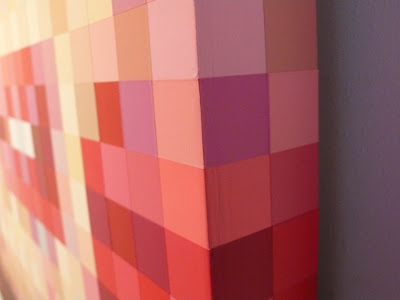 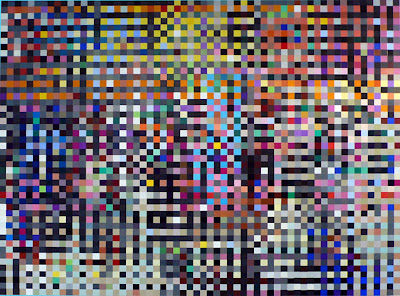 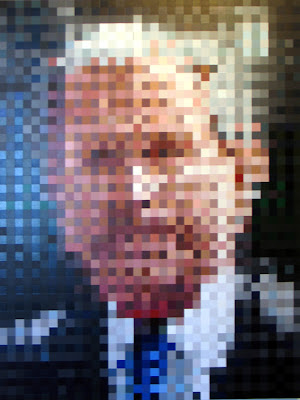 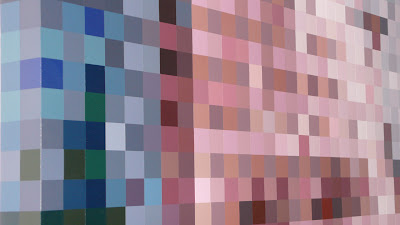 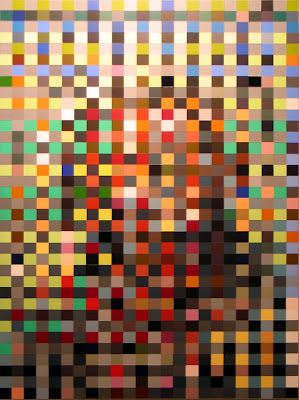 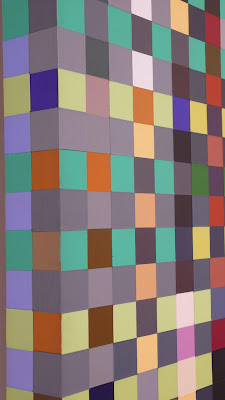 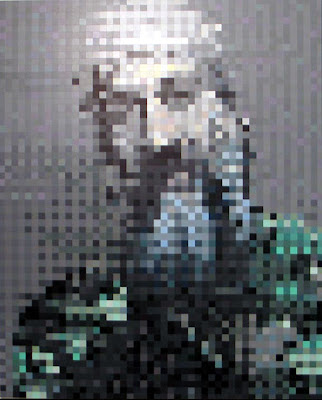 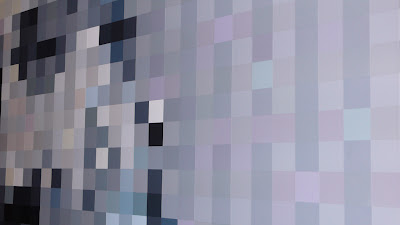 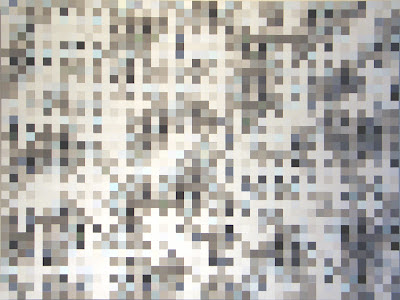 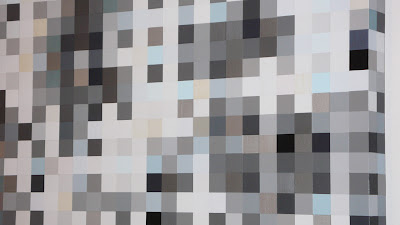 This is an animated remix interpretation I did of an acrylic-on-panel painting by Aron Namenwirth. It should be set automatically to loop in your Quicktime player and move very fast. (If not, something's out of whack. But the movement should be irregular--that's "in whack.")