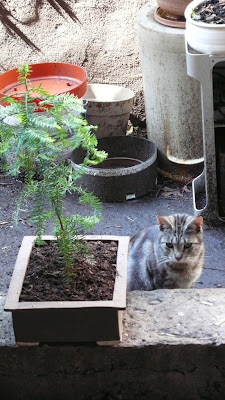 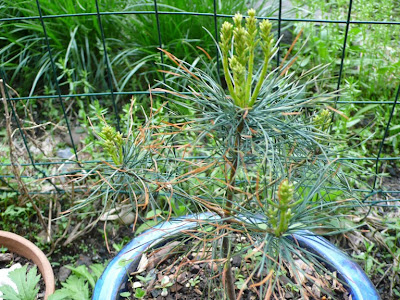 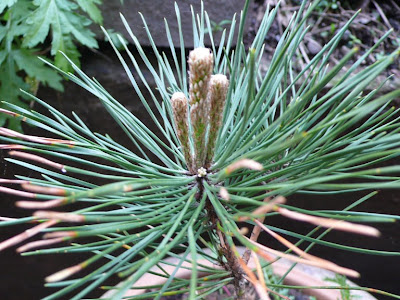 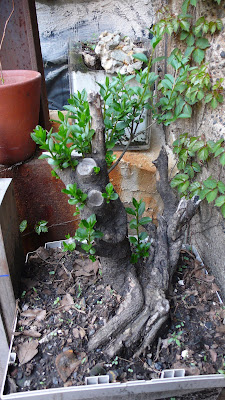 Top: Japanese Black Pine Bonsai candles Middle: White Pine Bonsai also sporting candles, I have read that pruning the candles or removing a few is good, but this time just going to let them get bigger.
Bottom: Boxwood that was pulled from the park this is what in the art world might be called a ready made, but is not really the case as so much training is involved. It is hard to kill Boxwood but this last winter managed to as in the case of a small favorite. Still have not shown a live tree as art, sculpture or whatever label it wields.
Posted by a at 5:25 PM No comments:

Email ThisBlogThis!Share to TwitterShare to FacebookShare to Pinterest
Labels: trees 2011

Dead trees time for some music and tlc

Well it was a rough winter for the trees just tallied up 18 dead in the backyard in Brooklyn and 2 0n Block Island. Everything looked fine till the last storms recently while I was out on B.I. It was big losses for the Sycamores and Pin Oaks. Looks kinda shaky for the last Italian Chestnut and White Birch. Lost all documentation of these these trees as the files got somehow corrupted. On the bright side what lived is looking great.
The new Ginko seeds have a high germination rate of almost 100% while the 100 pin oak acorns collected all died. A couple acorns from the white oak family germinated so this little forest has a lot of diversity. I would like to note that growing trees from seed is very hard, the success rate is low especially if you plan on wintering trees outside. Trees grown inside with artificial light and irrigation have much better survival rate.
They will be exposed to high volume of music during most intense growth this spring most of my own making.
Posted by a at 4:35 PM No comments: 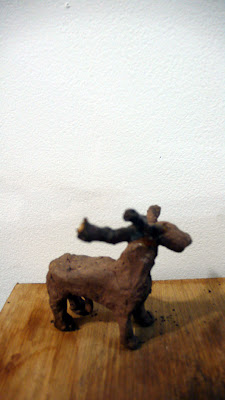 high-fire brown clay and branch
Posted by a at 6:58 PM No comments: 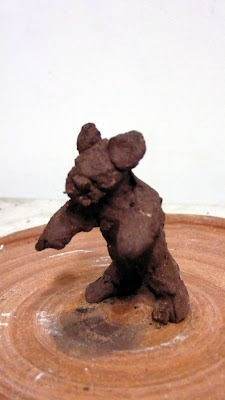 high fire brown clay
Posted by a at 6:55 PM No comments:

Jesus Christ on cross with erection 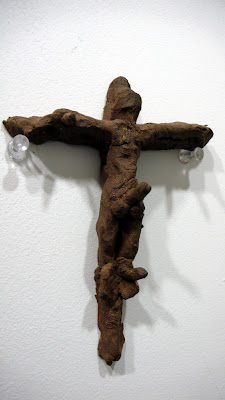 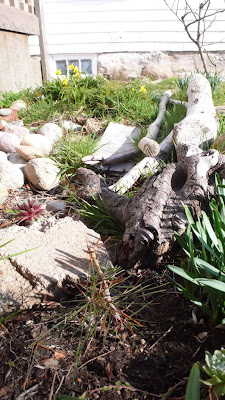 Japanese Black Pine survived the winter barely, without tree tube it was badly chewed on by white tailed deer. I tubed it despite Island objection to aesthetics. Note: I gave a couple ot trees to friends who looked down the tube and saw nothing pulled the tube out and told me the tree was dead, alas the tree being without leaves and only 4 inches high blended and was lost among the minutia. 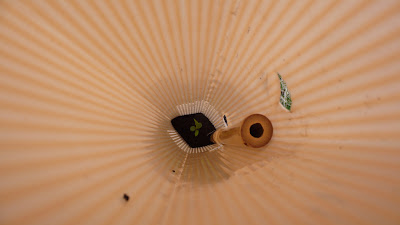 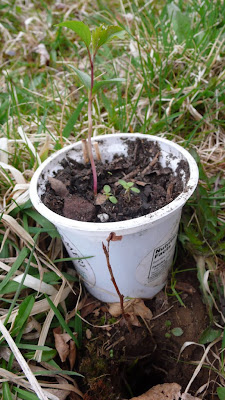 Swapped one year sycamore for winter hawthorn, looks like sycamore made it bringing it back to brooklyn for a little tlc. 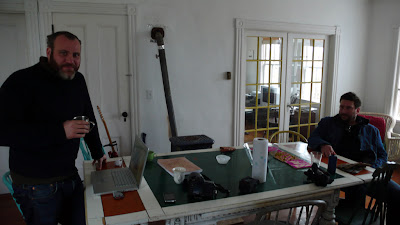 Oliver Michaels and Dan Kopp warming up by wood stove, the temp. on the island floated around 45 degrees. The stove pipe and neck of strat also take angles. 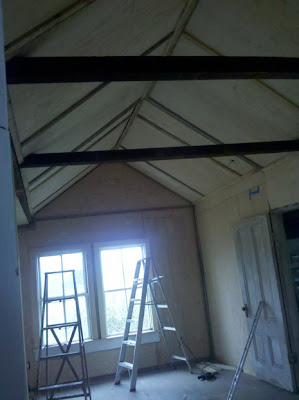 Minus a drop ceiling. 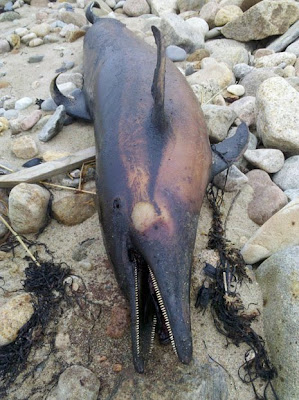 Dead Dolphin, Dan called the Mystic Aquarium but they felt it too far gone. 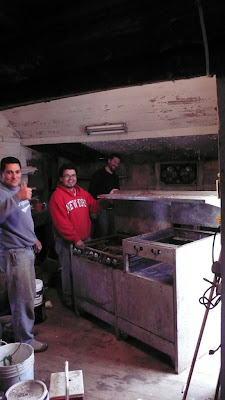 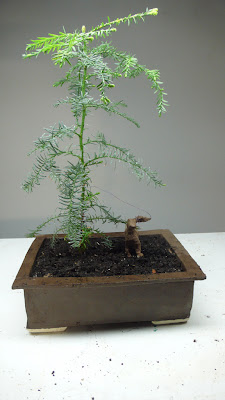 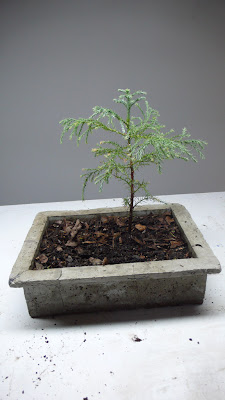 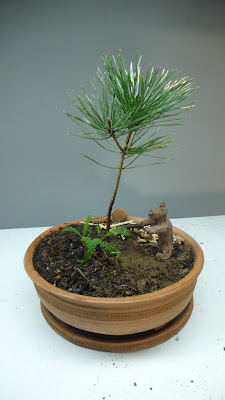 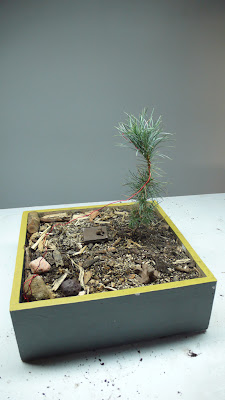 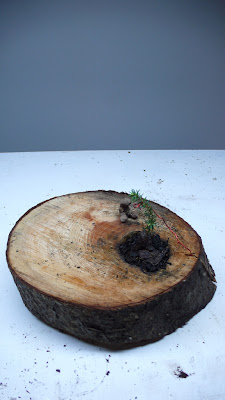 Hemlock bonsai/seedling in spruce log
Posted by a at 6:14 PM No comments:

Will they be the last living artists in Williamsburg?

By Aaron Short
The Brooklyn Paper

Photo by Aaron Short
Aron and Nancy Namenwirth (Horowitz) may have to move out of their two-story live work building on N. 12th Street in Greenpoint because property taxes have risen as the land values have increased.
(more)
(more)
Posted by a at 11:23 AM No comments: 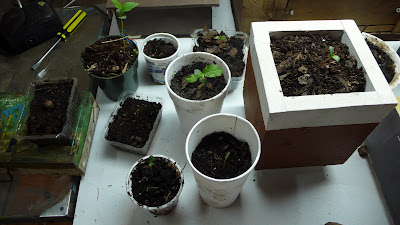 Proof that spring is here, Winter Hawthorn seedlings germinating after 2 year stratification.
This would mean moving these seeds around the studio freezing them, heating them drying them out, wetting them and lots of patience. Also, have three red delicious apple tree seedlings,
from the core. I have said good bye to the Williamsburg Ceramic studio, making eight more bonsai pots with dark brown clay high fired. They came out great and transplanting trees into them. The show at the Moore Street Market may or may not happen it is up in the air for the time being.
Posted by a at 5:29 PM No comments: