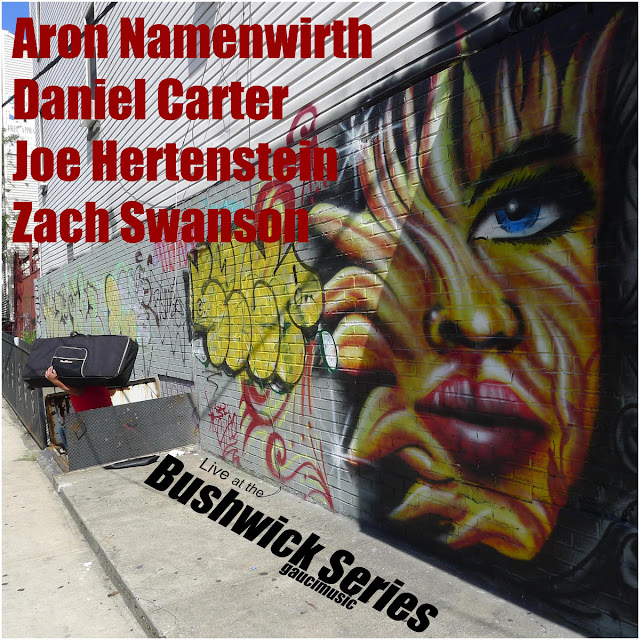 ARON NAMENWIRTH / DANIEL CARTER / JOE HERTENSTEIN / ZACH SWANSON - Live at The Bushwick Series (GauciMusic 03677; USA) Featuring Aron Namenwirth on guitar, Daniel Carter on woodwinds, Zach Swanson on bass and Joe Hertenstein on drums. Due to the ongoing Improv New Music series at the Bushwick Public House (on Mondays), places like I-Beam and the DMG Free Music Series (on Sundays), their is a steady stream of creative musicians, old & young, known or not so, who keep working in new combinations. Hence, all four members of this quartet have played here at DMG at one time or another, and in varied combinations. While guitarist Aron Namenwirth has played here a couple of times so far, Daniel Carter plays here regularly, more than a half dozen times in the last year. Drummer, Joe Hertenstein, has played here on a number of occasions with Thomas Helton, Thomas Heberer and Tony Malaby. Bassist Zach Swanson has also played here a few times in the past and will be back on December 8th, 2019 with Sam Harnet & Sana Nagano,
The ubiquitous Daniel Carter starts things off with some mellow muted trumpet with restrained guitar, bass and drums rustling underneath. The quartet take their time and work well together, spinning a web of connected orbits. The low-key playing and sense of restraint make this date much easier to swallow. Mr. Namenwirth occasionally plays slide and turned hid guitar down to give a semi-acoustic sound. As is usual, Daniel Carter plays one instrument at at time, taking a long solo on each one, from trumpet to tenor to soprano sax. Drummer, Joe Hertenstein, is often at the center of the quartet, navigating both free and a connected rhythmic undertow, occasionally just playing hand percussion like bells or shakers. The music here reminds me of a soundtrack with a number of episodic sections, recalling scenes from varied movies. At times, the quartet erupt intensely for a section, which makes things more exciting and then calm down for a more reflective segment. Considering that this is a live recording, the sound is splendid and we never hear any sounds from the audience. In a later section, the quartet erupt into some strong, explosive moments, which increase our pulse rates. Another thing I dig about Steve Gauci’s Bushwick Series CD’s are the covers which feature graffiti from the area in which this was recorded. A great way to document an ongoing scene before it shifts to another locale. - Bruce Lee Gallanter, DMG
CD $14

(Translated from Japanese by google) 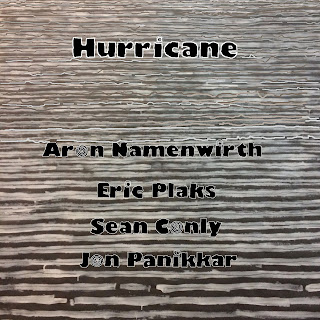 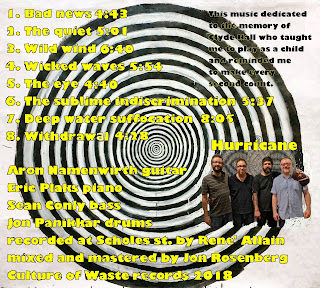