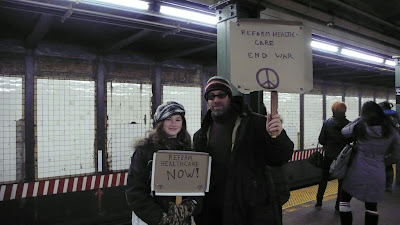 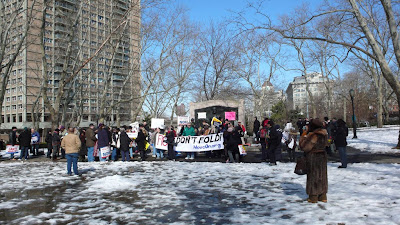 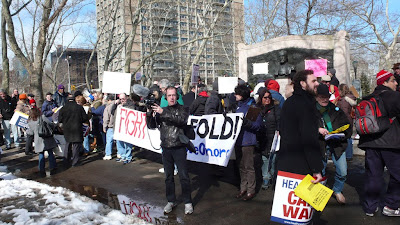 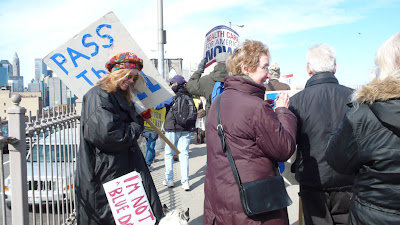 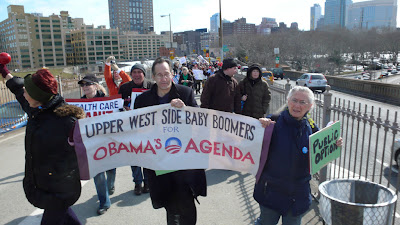 Saturday Feb. 20th we marched over the Brooklyn bridge for Health care Reform. I included my anti- war sentiments on my pizza box sign. Just to see the blank gazes on Bedford Ave. and the subway on the way to the rally made it for me. It was like all these people had never seen a protest sign in their lives. I would say there was between 700-1000 people marching, but it went virtually unrecognized in the press. Later that night I went to an event at Light Industry,
Triple Canopy, and The Public School in their new space. It was about the same number of people but, better organized.
Posted by a at 12:57 PM