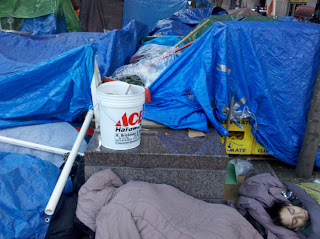 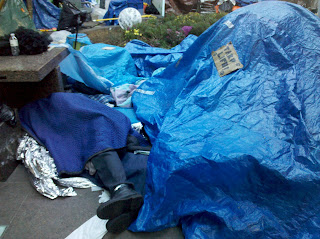 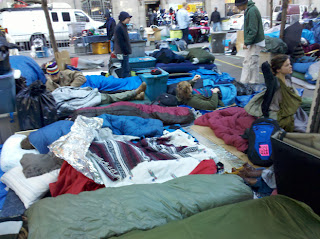 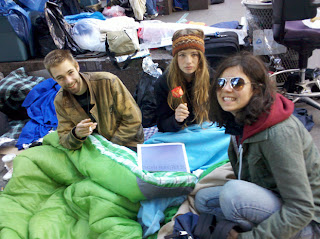 Went down to Zuccotti Park this morning to see how the children of Democracy were doing.
The first change I noticed was the increased involvement of the labor unions, It was around 9 a.m.
and there was a line down Broadway the length of the park with burly helmeted guys with signs
chanting words of protest, a few Police officers watched on. The body of the park had twice the number of campers from 2 weeks ago and a proportionate increase in breakfeast food was being served. There was little space that was not being slept on. Although there was plenty of bench space for me to take a load of my feet and put my guitar down. As most of the new residents were still asleep I did not play any songs today. The park considering it's use was very clean although the body odor from no showers and dirty clothes was getting stronger,  but one can't get anything accomplished without a little sweat.